Is Gluten the New Evil? 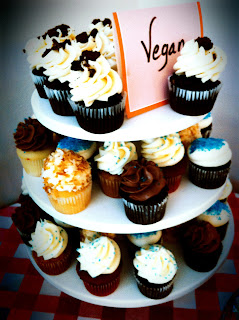 This week, I taught a webinar on "How Cleansing Alters Hormones and Brain." Scroll down to watch a clip. While synthesizing the data, I read even more alarming statistics about gluten that I feel compelled to share.
According to gluten guru Peter Green, MD, a gastroenterologist at Columbia University, 1% of the US population has gluten allergy, and yet 97% of these millions have not been diagnosed. And, equally bad, it takes nine years on average for a celiac, the most severe form of gluten allergy, to be diagnosed.
Gluten is composed of the sticky proteins found in wheat. Most of our processed food is contaminated with gluten, which is present even in spices and shampoos and beer.
What's alarming is that our overexposure to gluten is leading to dramatic increases in the rate of gluten sensitivity - in fact, it doubles every twenty years.
Many don't know about the link between gluten and insulin resistance, which can develop into pre-diabetes and diabetes.

Here's a clip from my webinar on this topic.

Did you know that the malabsorption of gluten allergy triggers unsuspecting people to crave and overeat refined carbohydrates (e.g., chocolate, pastries, cookies), which can set off an addictive process? Here's how that process rolls.
What about the link between gluten and insulin resistance?
Here's a good definition of insulin resistance from medterms.com - the diminished ability of cells to respond to the action of insulin in transporting glucose (sugar) from the bloodstream into muscle and other tissues. Insulin resistance typically develops with obesity and heralds the onset of type 2 diabetes. It is as if insulin is "knocking" on the door of muscle. The muscle hears the knock, opens up, and lets glucose in. But with insulin resistance, the muscle cannot hear the knocking of the insulin (the muscle is "resistant"). The pancreas makes more insulin, which increases insulin levels in the blood and causes a louder "knock." Eventually, the pancreas produces far more insulin than normal and the muscles continue to be resistant to the knock. As long as one can produce enough insulin to overcome this resistance, blood glucose levels remain normal. Once the pancreas is no longer able to keep up, blood glucose starts to rise, initially after meals, eventually even in the fasting state. Type 2 diabetes is now overt.

So, do you know get a feeling for why I want you off gluten? Many women find their bloating and difficulty with weight gain resolves when they are off gluten for 4 to 6 weeks. Try it out - dump the junk.