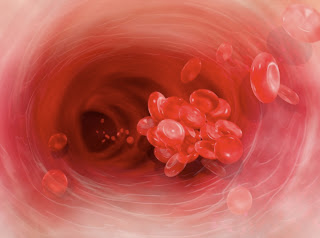 Is Risk for Venous Thromboembolism Affected by Route and Type of Menopausal Hormone Therapy?

Results of a large observational study suggest that transdermal (in contrast with oral) estrogens do not raise risk.

Although hormone therapy (HT) now is recommended only for short-term relief of menopausal symptoms, risk for idiopathic venous thromboembolism (VTE) is greatest during the first year of treatment. To determine if route of administration or type of concomitant progestogen affects risk for VTE, investigators analyzed data from a prospective cohort study of more than 80,000 French women (mean age at entry, 54) who completed biennial questionnaires for a mean of 10 years. The study was partially funded by a manufacturer of transdermal delivery systems.

During follow-up, 549 first idiopathic VTEs (134 pulmonary emboli and 415 deep venous thromboses) occurred. Past users (i.e., those with no use within 3 months before questionnaire completion) and never users of HT had similar VTE risk. Analysis adjusted for potential confounders showed that users of oral, but not transdermal (patch or gel), estrogen had substantially higher risk for VTE than did never users (hazard ratio, 1.7). No significant associations were found between VTE and concomitant micronized progesterone (Prometrium), pregnane derivatives including medroxyprogesterone acetate (Provera), or nortestosterone derivatives (including norethindrone acetate). However, the norpregnane derivatives nomegestrol acetate and promegestone (not marketed in the U.S.) were associated with significantly higher VTE risk (HR, 1.8).

Comment: This observational study cannot provide irrefutable evidence that transdermal estrogens do not raise VTE risk, but it is the largest study to date that suggests the possibility; moreover, the findings mirror those of earlier studies (JW Womens Health Apr 5 2007). Given that oral, but not transdermal, estrogens can raise levels of factors that lead to clotting, these findings are biologically plausible. The data also provide reassurance that progestogens marketed in this country (when prescribed with transdermal estrogen) do not raise VTE risk.
— Robert W. Rebar, MD