Osteoporosis: Beyond Boniva to Integration 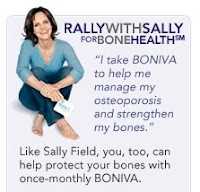