Bioidentical Homornes: Are They for You? 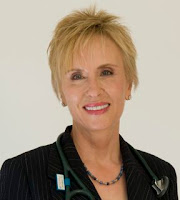 by Guest Editor
Dr. Marsha Nunley, MD
Are you confused about bioidentical hormones and just hormones in general? Well, that is because it is a somewhat confusing story and there are many players in the game who stand to make or lose a lot of money. This, of course, always muddies the water and we have no long term randomized controlled trials (which is the gold standard in the medical literature but very difficult to do with natural substances and hormones) on bioidentical hormones. To further complicate matters, hormones such as estradiol and progesterone are natural substances and cannot be patented and sold as a drug unless they are altered in some way. Synthetic estrogens such as Premarin and progestins such as Provera are made by pharmaceutical companies. Vivelle and other patches are “natural and bioidentical” estradiol but can be sold as a drug because they are in a “special form” ie the patch delivery system. Prometrium is natural progesterone in “micronized form” that is sold as a drug. The drug companies have made billions of dollars and are still making billions of dollars from synthetic hormones and have a great stake in stopping the trend toward compounding “natural bioidentical hormones.” In fact, the Women’s Health Initiative, though flawed in many respects, clearly showed unacceptable risks with oral synthetic hormone therapy. However, the final conclusion was to continue to give synthetic hormones…just not for too long. If you search Pub Med you will find hundreds if not thousands of articles on hormonal therapy, all with their own biases and conclusions and if you search carefully you will frequently find a financial tie that helps explain the conclusions. Compounding pharmacies are not blameless and have rushed to cash in on the bonanza in bioidentical hormone treatment. There is very little regulation of compounded products (though one could argue that the FDA is more interested in protecting Wyeth than women).

A recent review published in Postgraduate Medicine, volume, 121, Issue 1, January 2009, p.73-85 by Dr. Kent Holtorf, MD from Torrance, CA is a meta analysis and literature review of 163 articles. He looked at all types of hormone therapy including synthetic therapies (i.e., The Women’s Health Initiative and Premarin and Prempro) as well as everything he could find on bioidentical hormones including in vitro studies.

Looking at the combined results of these studies, he concluded that “bioidentical hormones (meaning estradiol and progesterone) are associated with lower risks, including the risk of breast cancer and cardiovascular disease, and are more efficacious than their synthetic and animal derived counterparts…and of course that we need randomized controlled trials to delineate these differences.”

Bottom line:
1. If you think you may be a candidate for hormonal therapies, choose bioidentical and choose a physician that is knowledgeable in all fields of hormonal therapies including adrenal, thyroid, and insulin issues. The hormones of your body function in a complex network affecting each other and almost every bodily process. This requires a physician who is knowledgeable and experienced in utilizing bioidentical hormones. With the recent feature of hormonal therapy on Oprah, the interest has exploded and the search engines are hot. This is an area in which physicians are self taught. It is not a standard part of physician training, and I suggest you look for physicians that have received additional training in hormonal therapy such as that received through the Antiaging and Functional Medicine Fellowship offered through the A4M or talk to your friends. They may be your best resource in finding a physician
2. There is no conclusive data that bioidentical hormones are safe. Each woman should discuss her personal risks and symptoms with a knowledgeable physician and decide if it is the right decision for her. There is data that suggests that bioidentical hormone therapy may carry a somewhat less risk and does have a positive impact on quality of life.
3. The only FDA approved treatment for menopause is Premarin and Provera. Don’t rely on the government to protect you. Educate yourself, find a doctor that you trust and make informed choices.
4. Medical research is currently funded primarily by pharmaceutical companies. Many prominent physicians and researchers rely on them for the money to do their research and are on their payroll as speakers. It was recently disclosed that a prominent physician who was paid thousands of dollars by a drug company was instrumental in recommending and greatly expanding the role of using powerful antipsychotic medications in the treatment of psychiatric illness and the use of these drugs in children had interpreted his data in favor of the drugs when in fact, the benefit was minimal at best and dangerous at worst. The research is only as good as the researchers. Money corrupts the process.
Posted by Dr. Sara Gottfried, MD at 2:21 PM