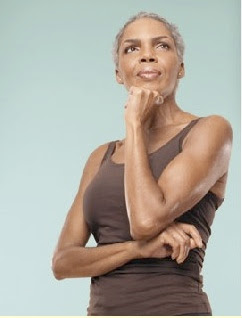 Here's a study showing that hormone therapy helps women in perimenopause, which can last 10 years, with brain fog, memory trouble, word finding & other cognitive problems. However, you get better if you start hormones before your final menstrual period (this is a recurring theme in the hormone literature). If you start hormones after your final menstrual period, you get worse. That sucks. More good news: postmenopause, your cognition rebounds back to premenopausal levels. -- SG

Division of Geriatrics, David Geffen School of Medicine at UCLA, 10945 Le Conte Avenue, Suite 2339, Los Angeles, CA 90095-1687, USA. ggreenda@mednet.ucla.edu
BACKGROUND: There is almost no longitudinal information about measured cognitive performance during the menopause transition (MT). METHODS: We studied 2,362 participants from the Study of Women's Health Across the Nation for 4 years. Major exposures were time spent in MT stages, hormone use prior to the final menstrual period, and postmenopausal current hormone use. Outcomes were longitudinal performance in three domains: processing speed (Symbol Digit Modalities Test [SDMT]), verbal memory (East Boston Memory Test [EBMT]), and working memory (Digit Span Backward). RESULTS: Premenopausal, early perimenopausal, and postmenopausal women scored higher with repeated SDMT administration (p < or = 0.0008), but scores of late perimenopausal women did not improve over time (p = 0.2). EBMT delayed recall scores climbed during premenopause and postmenopause (p < or = 0.01), but did not increase during early or late perimenopause (p > or = 0.14). Initial SDMT, EBMT-immediate, and EBMT-delayed tests were 4%-6% higher among prior hormone users (p < or = 0.001). On the SDMT and EBMT, compared to the premenopausal referent, postmenopausal current hormone users demonstrated poorer cognitive performance (p < or = 0.05) but performance of postmenopausal nonhormone users was indistinguishable from that of premenopausal women. CONCLUSIONS: Consistent with transitioning women's perceived memory difficulties, perimenopause was associated with a decrement in cognitive performance, characterized by women not being able to learn as well as they had during premenopause. Improvement rebounded to premenopausal levels in postmenopause, suggesting that menopause transition-related cognitive difficulties may be time-limited. Hormone initiation prior to the final menstrual period had a beneficial effect whereas initiation after the final menstrual period had a detrimental effect on cognitive performance.